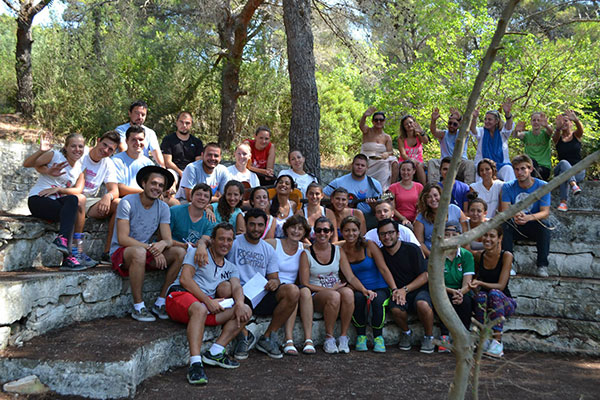 The project will be organised in the Summer 2021

The Croatian Heritage Foundation traditionally organises the volunteer TASK FORCE program, in which young people from the homeland and the emigrant communities work on preserving the environment, redeveloping derelict parts of Croatia’s natural heritage, monuments, cultural and historical points of interest, which has led to a transformation of the project to the ECO HERITAGE TASK FORCE. The need to preserve our natural and cultural heritage is a challenge that remains. The involvement of youth is a natural necessity, as they hail from Croatia and will endeavour to contribute to preserving its natural environment and wealth and to become better acquainted with it.

More about the project

Launched at the height of Croatia’s wartime suffering in 1992, emigrant youth continued the TASK FORCE project into peacetime. To date there have been successful projects in Voćin, Gornji Brgat near Dubrovnik, Skradin, Daruvar, Istria County, at the Plitvice Lakes, on the islet of Galovac near Zadar, at the Arboretum in Trsteno, in Motovun, Zaostrog, Ston, Pula and Bakar and archaeological sites in Crikvenica, Novi Vinodolski and Hreljin, Kaštele and at Bjelolasica, Koprivnica, Rovinj, Ston, Murter and Čakovec, Međimurje, Island of Vis, Šibenik, Krka National Park and Nin, Fužine i Cres.
Our Croatian youth from the emigrant communities and Croatian ethnic minority communities in neighbouring countries are joined every year by their friends from around the world who have recognised the value of this program.

Participants shall cover their own travel costs to Zagreb and return fare from Zagreb. The cost of the program is covered by the Croatian Heritage Foundation. Applications shall be accepted up by ______________, and application forms can be requested, in response to your query, from project leader Nives Antoljak.
Two letters of recommendation are to be included with the application: from a university professor, teacher or employer, or from an individual or association in your Croatian community.

Last year on Island of Vis