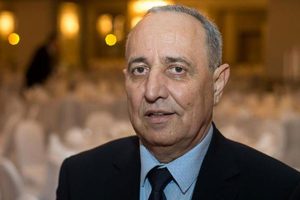 The Croatian Heritage Foundation’s mission is to preserve national and cultural identity, the mother tongue and the customs of Croatians living abroad.

The Republic of Croatia is your country of origin and has undertaken the obligation to support its emigrant communities in some forty countries—from South and North America and Europe to Australia and New Zealand. The one-way tickets of the past century have, happily, become a part of our past.

In the contemporary world, ever more globalised and characterised by mutual bonds within humanity, the development of human mobility is both an opportunity and an encouragement to meet new cultures and to launch dialogue between nations with the aim of improving the quality of life. Emigrant Croatia, estimated in the 21st century to number almost three million people, shared the fate of the many millions who participated in global waves of emigration as far back as the middle of the past millennium. Today, Croatia is undergoing a transformation—thanks to the independence it has regained and the efforts to build a modern society—from a traditional point of departure of emigrants to a land of destination for immigrants.

Meetings and communication among acquaintances and kin, thanks to the planetary development of information technology, is taking place in virtual space and in real time—as such, the narrative of the emigrant communities and the land of origin has now become even more challenging and demanding. Along with this, the discourse centring on the identity of emigrants in their receiving countries is now more present than it has ever been, as emigrants—besides their once dominant role on the labour market—are increasingly taking on a new social and culturally integrating role at all levels.

Along with educational, cultural and social activities, we support projects from all fields of human endeavour—from the economy to sports—that contribute to the affirmation of the Croatian name around the world.

The Croatian Heritage Foundation is fully prepared—depending on the country and the cultural, political and historical environment in which our citizens and the descendants of Croatian emigrants live, regardless of when they emigrated—to become more effectively involved in all projects that aim to develop the cultural and ethnic identity of Croatians living abroad.

We wish to become better acquainted with the cultures of the nations you live among and, regardless of the differences, create new projects that will, I am confident, ennoble both partners with the aim of preserving linguistic and cultural diversity—both in the nearby European neighbourhood and in the distant overseas lands.

The homeland or the world, the world and the homeland—your choices, your personal decisions and the decisions of your families foster new value for us!