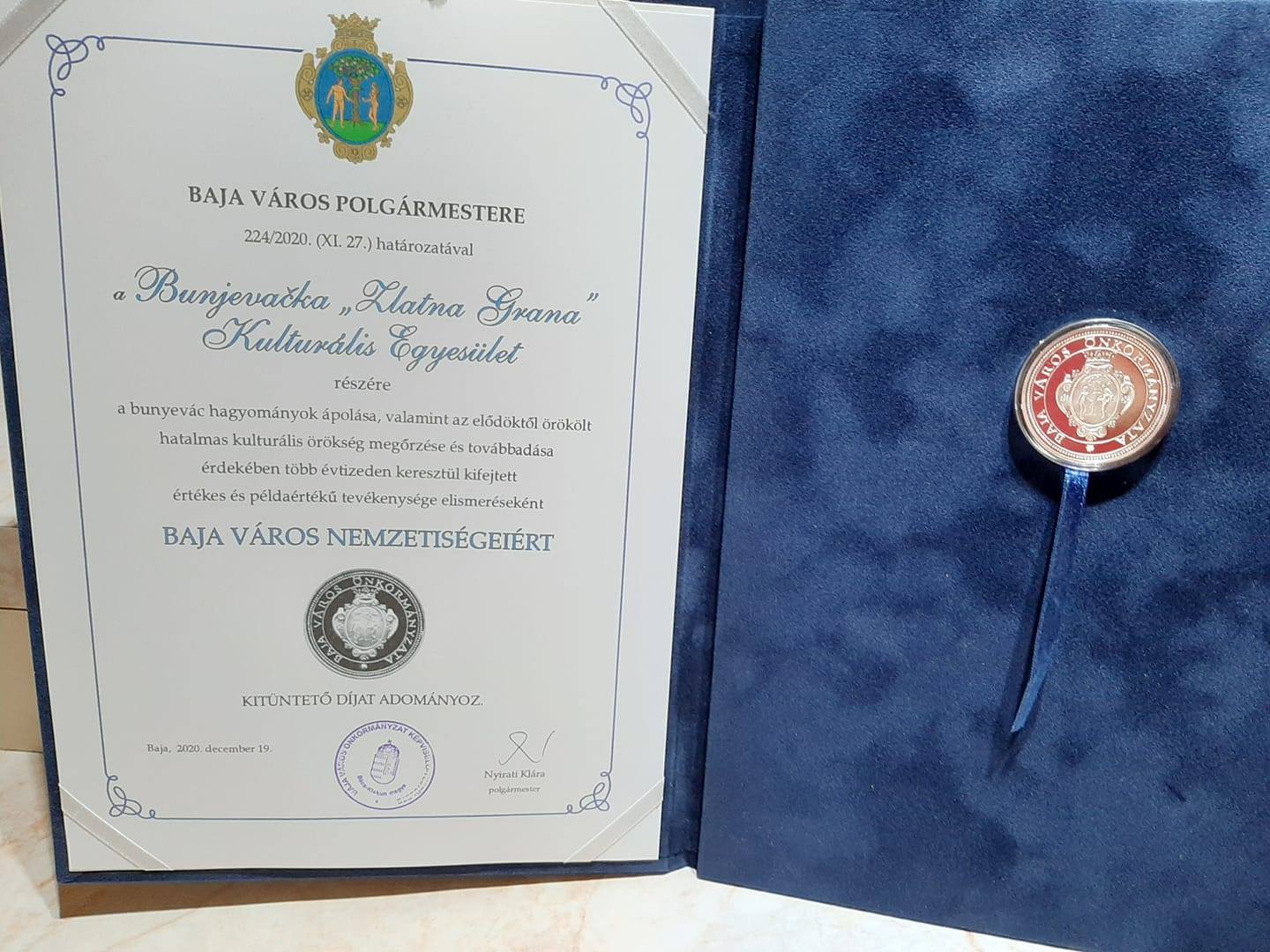 On hand to receive the National Minorities Prize of the Hungarian City of Baja was Bunjevačka Zlatna Grana vice president Noémi Páli.

The annual City of Baja (Hungary) Prizes for 2020 were presented in the week leading up to Christmas, on 19 December, at a modest ceremony staged at the city hall in light of the fears surrounding the SARS-CoV-2 virus and the protective recommendations that have been rolled out to address these fears. The decision on the prize recipients was signed on 27 November 2020 by Baja mayor Klára Nyirati.

Among the recipients is the Bunjevačka Zlatna Grana (“Bunjevo Golden Branch”) cultural association, which was awarded the National Minorities of the City of Baja Prize in recognition of decades of valuable and exemplary work and dedication in nurturing Bunjevo traditions and the preservation and transmission of the wealth of cultural heritage inherited from our ancestors. On hand to receive the prize was the association’s vice president Noémi Páli.

1. February 2021.
Arhiva
Go to Top
Our sites use cookies to provide you with the best user experience. By browsing the web site, you agree to use them. I agree Read more
Privacy policy